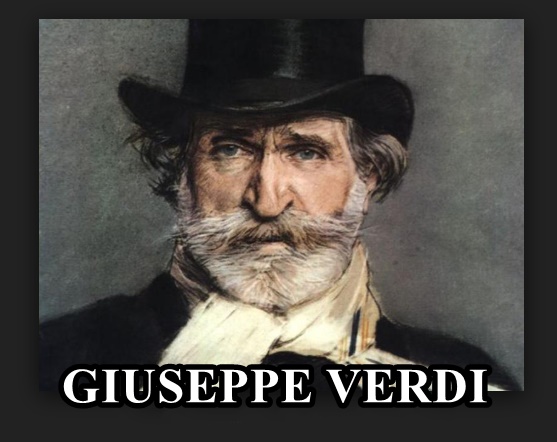 He was born in Northern Italy in 1813. He is a fast learner and soon becomes a music teacher. He married Margherita Barezzi, the daughter of his benefactor, in 1836. In 1838 his two children Virginia and Icilio die, and one year later his wife dies too. It’s a very sad period for Verdi but the first successes in Milan start to arrive and he will continue to flies high on the wings of success for the rest of his life. After years of solitude and hard work, he meets in 1842 the singer Giuseppina Strepponi who will be the greatest love of his life. Giuseppina was a sexually free woman, much ahead of her times and her relationship with Verdi was harshly criticized especially because they lived together without being married. In order to avoid any more scandals and criticism Verdi marries Giuseppina Strepponi in 1859. 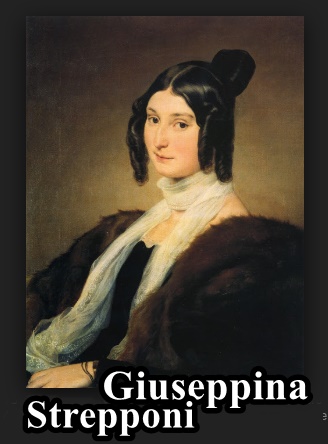 The second fact is the parallel with his personal life and his most famous opera “La Traviata”. The female protagonist of La Traviata, Violetta, is a high-class prostitute and the other protagonist, Alfredo, her lover, is an honest man who loves her from the depth of his heart. In the same period, Verdi who was a simple and sincere man was troubled with his love for Giuseppina Strepponi, a woman who had many lovers who also supported her economically. After Giuseppina begun the relationship with Verdi, she never cheated on him and she became a devoted wife, but during the courtship, Verdi was very troubled by this strong woman, so sexually free. The pains of love of this period inspired one of the most beautiful opera never written: La Traviata (that in Italian means: “the fallen woman”). After Giuseppina dies in 1897, Verdi lost interest for life and in 1901 he died too in Milan.

I prepared a video for you in order to help you to learn to recognize the most famous songs of Verdi and the operas they come from. Watch all the video and then try to do the easy quiz in the second video.

But before that, I want to give you a fast insight into the operas in the videos. Those are not all the operas of Verdi since he wrote 27! But are the most important!

In the video, I reported only the  most important operas of Verdi and here you find them in the same order they are presented in the video, with a little inside about the plot:

L’ AIDA – In the ancient Egipt, the Ethiopian princess Aida is held, prisoner. She kept her identity secret and fall in love with Ramses, the general who has to fight her people. The daughter of the king of Egipt loves Ramses too. Ramses loves Aida. When the Egyptian army takes prisoner the king of Ethiopia, and father of Aida, she convinces her lover to help them to escape. Ramses helped them but he is condemned to be executed as a traitor. Aida decides to go back and die with him. The two lovers die together. (In the video the “Triumphal March” represents the Egyptian army winning the war against Ethiopia).

LA TRAVIATA – Violetta is a high-class prostitute living in Paris. During a Party, she met Alfredo and they fall in love instantly. Violetta leaves her life in Paris and goes to live in the suburbs of Paris with Alfredo. The father of Alfredo goes to ask her to leave his son for not ruining the good name of their family. She leaves without saying a word to Alfredo. Alfredo at the end find out the truth and find her, but Violetta, fatally ill with pneumonia, will die in his arms. (In the video you’ll see 3 songs: the first “Libiamo nei lieti calici” is the party where Violetta meets Alfredo, the second “Sempre Libera” is the song when Violetta says she wants to be free and have fun, but Alfredo convinces her to go in a relationship with him, the third “Addio al Passato” is when Violetta discovers to be ill and says goodbye to the world, knowing she has to die). This Opera has been inspired by the novel by Alexandre Dumas “La Dame aux Camelias”.

IL RIGOLETTO – Rigoletto is the Buffon at the court of the Duke of Mantua. This Duke is a womanizer and Rigoletto makes fun of the Count Monterone when his daughter falls for the Duke and got used and abandoned by him. The Count of Monterone curses Rigoletto for laughing about the pain of a father. Rigoletto has a secret daughter and the duke will kidnap her and seduce her. Rigoletto pays a hitman called Sparafucile to kill the duke, but the daughter of Rigoletto, who loves the duke, asks Sparafucile to kill her instead. When Rigoletto receives the coffin containing the body he paid to get killed, but he will discover its not the duke but his daughter. (the first song “Cortigiani vil razza dannata” shows Rigoletto at the palace showing up at the palace of the Duke looking for his daughter after she had been kidnapped. In the second song the Duke, who is a womanizer, sing how silly and moody women are, in “La Donna é Mobile“).  This opera has been inspired by a play by Victor Hugo.

IL NABUCCO – Very similar to La Aida. This time the Jews at the time of Solomon, hold prisoner Fenena the daughter of Nabucondsor, their enemy and king of Abyssinia. Ismaele, the Jew general and Fenena love each other but Abigail, sister of Fenena loves him too. Nabucondsor attacks them and takes them all prisoners. When he went back to his palace His daughter Abigail convinces everyone that he is crazy and throw him in jail. Fenena tries to help Ismael to escape and so she is thrown in jail too. When Nabuconsor hears her daughter been dragged to her execution, desperate falls on his knees and prays the God of the Jews to save his daughter. The soldiers who remained faithful to him come to free him and he saves his daughter. Abigail commits suicide and Nabucondsor frees the Jews since he doesn’t worship Baal anymore. This is one of the few opera with a happy ending and it was inspired by the Bible. (the song “Va’ Pensiero” shows the Jews help captive under Nabuconsor and crying for their beautiful, lost land) This song was taken, for a brief time,  as an anthem of Italy and represented the struggle for freedom against the Austrian invaders during the reunification of Italy with Garibaldi. Verdi was a patriot and has been elected senator for life of the first unified kingdom of Italy. During the resistance against the Austrians, the motto of the resistance was “Viva V.E.R.D.I.” this is an acronym that means “Viva Vittorio Emanuele Re D’Italia” – Viva Vittorio Emanuele, king of Italy. In fact, Vittorio Emanuele was the king that reunified Italy and got rid of the Austrians with his general Giuseppe Garibaldi.

IL TROVATORE – The count De Luna is a child when his brother fell ill and died. The family of the Count believes that that happened because of the evil spelling of an old gypsy and they burnt her at the stake.  When the Count of Luna grows up he falls in love with Leonora, but Leonora loves Manrico who loves her back. Manrico is the only son of the gypsy Azucena who is the daughter of the gypsy burnt at the stake. Azucena says to Manrico that when her mother was burnt, she stole a baby from the family of the count De Luna and she threw the baby in the fire. But she made a mistake and she threw in the fire her own baby instead. The Count discovers the truth and condemns Manrico and his mother to death. Leonora asks to spare the life of her lover and si she will marry the count,. The count accepts but executes Manrico at the end anyway. Leonora takes poison and kills herself. Azucena says to the Count that Manrico was his brother that she stole when he was a baby. She got her revenge. (In the song “Avil Choros” the gypsy people sings when the grandma of Manrico is burnt at the stake).

DON CARLOS – Don Carlo is a Spanish prince and loves the French princess Elizabeth who loves him back. But she is forced to marry the father of Don Carlo, the king Filippo II. The king, jealous of his son will try to capture him but the ghost of the father of Filippo II, the deceased king Carlo V appears and rescue Don Carlo with supernatural means. Don Carlo and Elizabeth say each other’s goodbye for not jeopardize the safety of their kingdoms. (the song is the “Prelude” of the first chapter when Don Carlos and the rest of the court go hunting).

MACBETH – Verdi loved Shakespeare and he also composed Othello and Falstaff by Shakespeare. The story is that Macbeth and Banquo meet the witches that tell them their future. Macbeth will be Lord of Cawdor and then King of Scotland and the descendants of Banquo will be the greatest kings of Europe. A messenger arrives and says that the Lord of Cowdor just died and so now Macbeth is the Lord of Cowdor. Lady Macbeth convinces Macbeth to kill the king of Scotland so to take the throne. Macbeth commits the murder and became king. He kills Banquo but his son run away. The hairs of the killed king discover the plot and attack MacBeth castle. They kill him and Lady Macbeth. (The song “Coro delle Streghe” show the witches when they predict the future to Macbeth and Banquo).

Don’t miss my next article about the Operas of Puccini so to continue your study of the most famous opera. Any lover of beauty should know opera and appreciate this unique art!

Here’s an outline of the most important composers of Opera.

Thank you for your interest in opera!